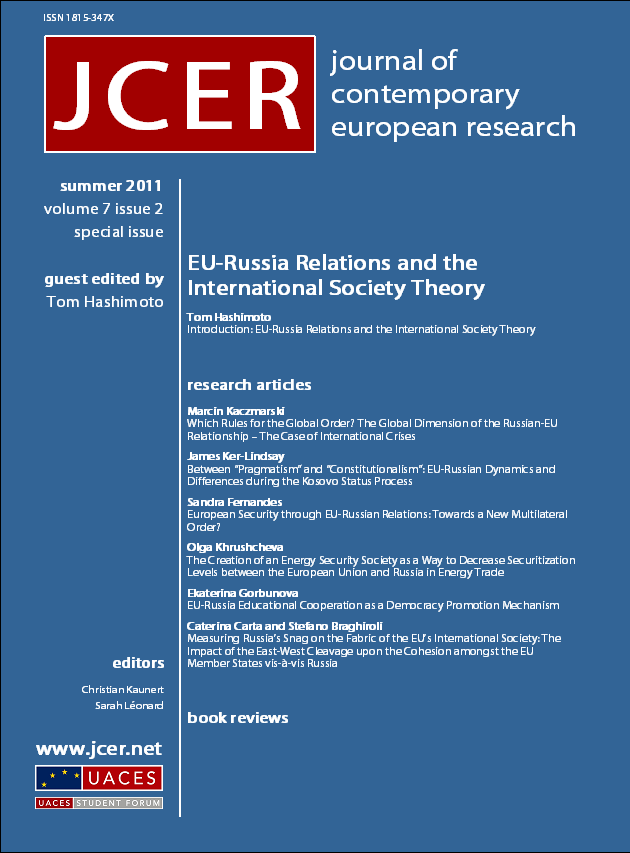 The energy trade between the European Union and Russia is securitized due to a combination of factors. First, there are securitizing agents within the European Union. Second, the domestic consolidation of the energy sector under governmental control, the Gazprom monopoly on transportation networks linking Central Asian gas with European markets and the state imposed-limits on foreign direct investment may also raise concerns in the European Union. Finally, Russia is also securitizing the energy sphere by claiming that the EU is trying to impose its values on Russia (for example through the Energy Charter Treaty), which contradicts Russian interests. This article combines securitization theory and the English School of thought and argues that the creation of an Energy Security Society could help de-securitize energy trade between the European Union and Russia.