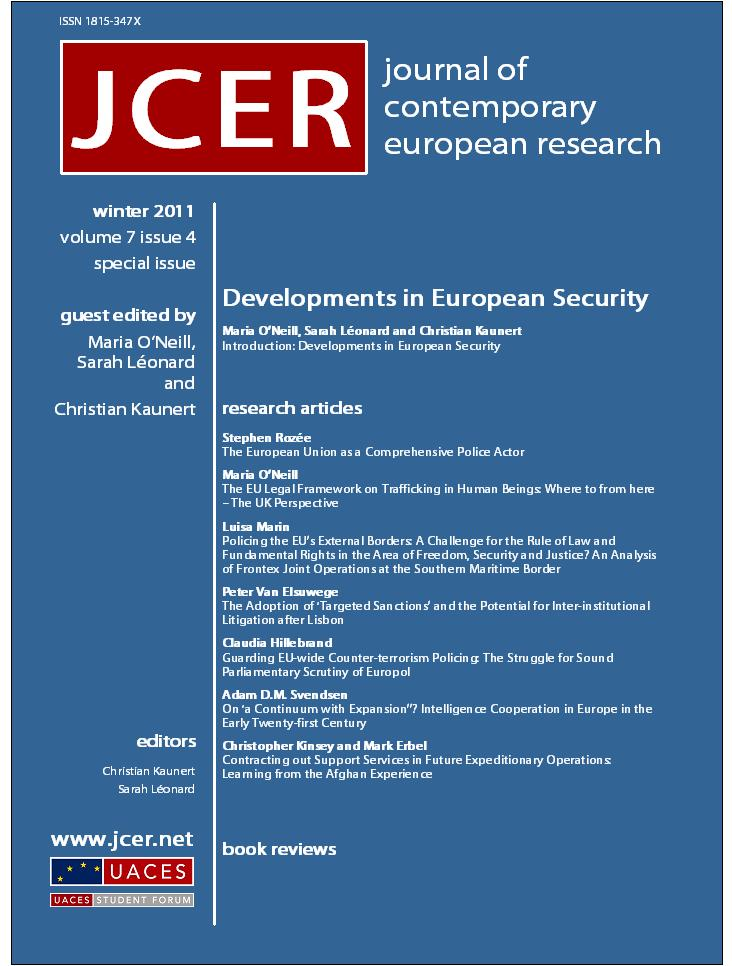 The European Union (EU)’s current provisions on the trafficking in human beings (THB) are provided for, inter alia, in Council Framework Decision 2002/629/JHA. The Council of Europe have more recent provisions in this area, which are not yet widely in force. The EU has some major proposals for reform of its legal framework in the Stockholm Programme, to include the appointment of an EU Anti-Trafficking Coordinator. In addition, the focus of EU Justice and Home Affairs is shifting to the external relations of the EU under the Stockholm Programme. A critical examination of the EU legal framework in the area of THB from a law enforcement perspective is therefore timely. THB is a highly contentious and complicated area for regulation, with issues such as the support of the victims of trafficking, the particular needs of under-aged trafficked individuals, and the issues of due process when a witness may not be considered to be reliable during court proceedings, complicating operations and prosecutions. In addition the issue of illegal immigration adds a further layer of complication, with the UK maintaining its opt out from the EU’s illegal immigration provisions. This article will, focus on the illegal trafficking of adults against their will, and the consequences of this crime, in particular, for the UK law enforcement authorities.